Did you see my listing went for $25,000 over asking price? We got lots of attention and six offers by the second day. No doubt, your pictures played a role on the attention it got! --- Janice G.

John was great to work with. Very responsive, on time and took great pictures. It was nice to work with someone so professional. --- Kim L.

We're sitting on five offers and expecting more. This home will sell quick. Several comments on how wonderful our photography is. This credit is all yours!!! ---

I just wanted to thank you again for the great pictures of the condo and the great idea about using an interior picture for the number 1 slot. The home has had an extreme amount of viewings and we are already in escrow after being on the market for 3 days. I truly believe the pictures make all of the difference. I'm so happy I saw Yvonne's listing and that she referred me to you. I will call you when my next listing comes up. --- Kathleen R.

Hi John,
I thought I'd let you know that I met the appraiser at the Redlands condo this morning. The first thing he said is, "It looks just like the pictures." I know you aim for that response and I thought you'd like to know you sure got this one." --- Kathleen R.

For being so reliable and working so hard to always make us and our listings shine, and shine their best! --- Kelly N.

​I'm an expert at getting things done right the first time.

"John is innovative, hard working, honest and dedicated... Gets the job done!"
"Thorough, meticulous, orderly. Presents himself very well. Good sense of humor."
"John pays great attention to details."
"John is very sincere, helpful, honest, and gets straight to the point!"
"His attention to details makes him an asset to anyone working with him."
"John is a friendly, honest, dedicated individual. Always willing to help and share."
"Sincere, wise, ready to help. John always has a lot of good ideas."
"John is personable and very dependable. I love working with him!"
"John Baker is dedicated to his clients. He goes the extra mile!" 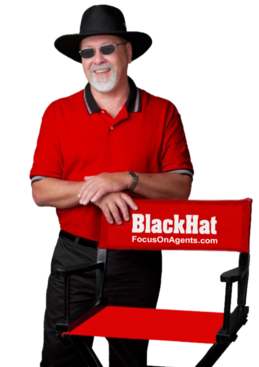 I'm more than a guy with a fancy camera. I'm a Photo-Marketing-Professional with a Vision!!

Rate My Services
Privacy Notice
View Some of My Work

​These photos were taken over the past few years as John visited family in Gilbertsville, Pennsylvania. The photo on the left is John getting ready to fire-up the grill. Next he's eyeing over two MASSIVE Rib-Eyes. Of course, John grew up having his share of Philadelphia Soft Pretzels and a trip back East would be lacking if he didn't chow-down a dozen or so. ---  And finally, John is savoring the Hank's Root Beer and Philadelphia Hoagie at "Sonnys," home of the 24 inch, "Sonny Slammer!"  Deeeeee-licious!!!

These three photos begin to tell the story about John and his journey through life. One photo is that of John Sr. and Jr. sitting in the living room (1954) of their new home in Folsom, Pennsylvania. The other is John in 1971 when stationed at Bien Hoa Air Base in South Vietnam with the 3rd. Marine Air Wing. --- And finally, John stands just outside a home at the corner of Chadwick and Oregon Avenue in Philadelphia, once occupied by his loving and very wise grandmother,  Mama Rose.

So, the story continues...

John's childhood days were spent growing up along the countryside in Folsom, Pennsylvania where one of his biggest concerns was, "which place to go fishing?" --- He also fondly remembers those winter times when heavy snows would close school and shoveling drives and walkways for a few dollars a day was a great way for two ten-year-old kids to earn some cold-hard-cash! John's snow shoveling buddy was his neighbor and best friend, Chipper McCullough.

Chipper's dad and John's dad were life-long friends in Philadelphia, and it was Mr. McCullough that encouraged John Sr. to move his family away from the city. In 1953 the Baker and McCullough family became neighbors once again!

At the age of thirteen, John had his first real summer job working on a farm for $1 an hour. It was dirty and at times, back-breaking. John did a lot of field chores including hand-picking corn and was surprised how hot, humid, and itchy it was walking through the giant stalks, filling baskets to be sold along the local highway. Although he worked his fingers to-the-bone, getting his first cash payment of $69 made it all worthwhile. "That was a lot of money for a kid back in 1964," He says.

One of John's high-points happened when the boss told him to fetch supplies on another part of the farm and tossed him the car keys. Of course, John did as told, but managed to do a couple of donuts in the field along the way. (None on purpose, either). But, he absolutely loved the entire experience and wouldn't trade it for anything. It taught him the basics of the way he lives his life today."If you're going to do something, you might as well put your focus and energy into it. You can't always live life on the idea of instant gratification... Some things just take work and time," He explains.

That thinking has served him well over the years. From his deployment with the 3rd Marine Air Wing operating out of South Vietnam to starting his own successful Anaheim, California manufacturing company specializing in designing products for the Landscape Industry. John is definitely no slouch and has a handful of U.S. patents under his belt to prove it.

After eighteen years John sold his company and was later delighted to see his products featured in the landscape division of the John Deere company. Today, John still has a reputation for providing outstanding service, and people love working with him because of his energy and dedication to his craft.

Here are some things folks say about John: